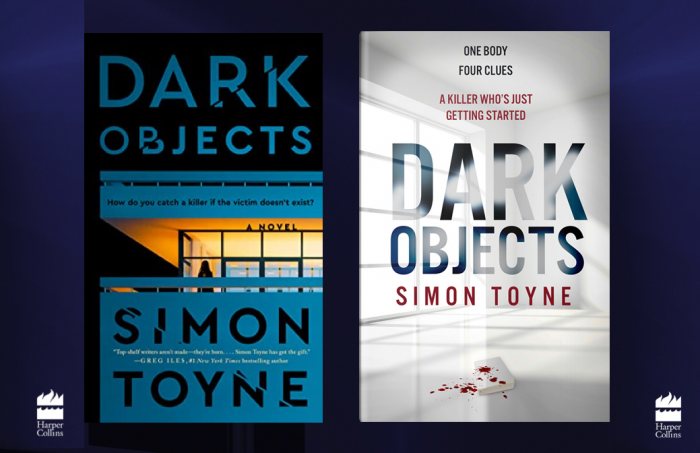 Hey everyone, long time no speak! My fault, I know - how are you all?

After a bit of a sabbatical from writing books I'm back with a new one. It's called Dark Objects and it looks like this - left hand side is the US/Canada cover, the right will be the cover in the UK, Australia, South Africa, and New Zealand.

It's a mystery thriller set in London with a pinch of psychological thrills and lots of action. The basic pitch is:

A glamorous woman is found murdered in her fortress of a London mansion - no alarms were tripped, no forensics are discovered, and the only clues are four objects carefully arranged around the body that do not belong in the house. One is a textbook on forensics written by a reclusive female academic who is drawn into the media circus that explodes around the murder.

In order for her life to return to normal she agrees to break her golden rule and work this live case to help solve it, but the deeper she gets into it, the more it seems like the killer is talking directly to her through his escalating crimes and the dark objects he leaves behind.

I'll be releasing more info and images as we get closer to publication in the summer, but until then, sooo nice to see you all again! You're all looking well.